Genuine acceptance of life “as it is” will open the door to spiritual expansiveness.

This is the first principle found in my book. It is a challenge to me because I often misuse the word, acceptance, in my own mind. I see it as condoning or embracing. Or I sometimes feel that to accept is to give up, to lose a part of myself to another's (negative) power. However, acceptance is only about acknowledgement. Acknowledge that this has happened, whatever it may be. It is done.

Before we can change anything we must first accept the reality of its presence in our world. Take a deep breath and say, "This exists. It has happened. You are here." Then, look at our beliefs around the circumstance. Are our beliefs resourceful? Do they support our well-being or negate it? Are we willing to live on planet Earth and be, at least in part, a flawed human? Another principle in Mariposa is that the flaw inside us is our connection to each other.

Acceptance of life as it is brings humility and peace as well as expansiveness. As Byron Katie says, "Reality rules. Reality is God." Let something be bigger than we are -- it is a giant relief to do this. Let life move through us, live us. If we have done something for which we feel shame or guilt, than accept that we have done it. Yes, this has happened, and life moved through me in this way. What is the next step now?

Byron Katie's approach to healing, http://www.thework.com, has been helpful to me as I look at my beliefs and learn more about acceptance.

*Qualities and Messages to be Found in Mariposa *

1. Genuine acceptance of life “as it is” will open the door to spiritual expansiveness.

2. There is no such thing as the “Other.” Everyone is a mirror.

3. The lie we live by is that we are separate from God.

4. Everything we need, in order to be euphoric, alive, and in love exists within – fully accessible at any moment. The key is surrender.

5. Love, Praise, and Gratitude will give us the experience of life we seek.

6. Joy can be found within our sense of aliveness.

7. Sooner or later we will fulfill our dreams.

8. Awaken to and acknowledge our true motivations in our relationships, and forgive.

9. We are ensconced in mystery throughout our lives.

10. Life is a journey, but it is also, and more importantly, an experience, in the moment.

11. The flaw in us connects us to each other.

12. The nurturing Spirit of life wants to be known by us. It always hovers nearby, seeking to join with us.

Technorati Profile
Posted by C.C. Coffee at 12:39 PM No comments:

Why I wrote Mariposa 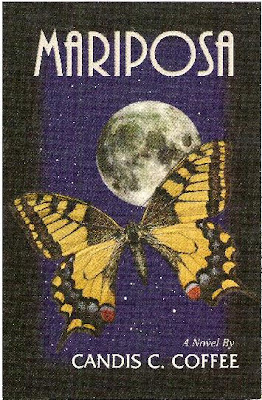 Why I wrote Mariposa

I wanted to write a book that would transform the reader's inner state. To remove the reader from mundane reality, drawing them into a full experience of life in a world that is familiar to this one in many ways, only more vibrant and alive. My wish was for the reader to be positively affected by the magical, romantic, and mysterious mood of the book as well as the spiritual principles interspersed throughout the story. When reading Mariposa, the reader may lose sight of their immediate surroundings, their problems and needs. They walk beside Annarose in a different time, the 1920s and 1930s.

They meet her family, friends, and lovers. They feel the white heat of a Texas summer, gaze in wonder at a lunar festival in Chinatown, and thrill in the company of Frida Kahlo and the brilliant, complicated Crisanto. Rebecca by Daphne du Maurier and Other Voices, Other Rooms by Truman Capote guided me in my efforts to place words on paper. The romantic mystery of Rebecca and the surreal childhood experienced by Capote's main character became a part of my story because these two books spoke to me. I felt something truthful in them and wanted to convey this truth in Mariposa.

The exotic landscape and sensual, mysterious relationships described in John Fowles' The Magus lingered in my mind for many years and provided inspiration for my own descriptions of West Texas, Los Angeles, Mexico, and the erotic, elemental connection between Annarose and Crisanto .My summers and holidays were spent at my grandparent's home in San Angelo, Texas, on a bluff overlooking the Concho River. The home was isolated, with no telephone, miles from town or any neighbors. Rooms were heated by fireplaces, even in the 1960s. A bullet hole next to the name, Roy, carved by a knife, decorated the mantle of one fireplace. Legend had it that the home had once been a way station for the Butterfield Stage Route and Pony Express, almost 200 years ago. This home became the setting for Annarose's childhood. It was a haunted place, not by ghosts, but by more elemental entities -- the spirit of the wind, the river, and the land.

As a child I knew that one day I would write about my experiences here.Years later, after I grew up, I spent more than a decade living in Los Angeles. I traveled to Mexico in 1987, looking for magic, just almost desperate for it. I found it, I thought, in a man. I still believed that all the good things in life existed outside myself, that something could be given to me, instilled into me, and that from then on, my life would be beautiful. However, I discovered that the fulfillment of dreams only leads to disappointment if one is not whole within. This is Mariposa's theme. While I understand that a good book or a magical romance can transform a person's inner state for awhile, they cannot provide lasting change. However, they can give you a taste of the difference, and once you have had that taste, you can learn to create this way of being on your own. The principles found in Mariposa can offer direction toward a wholly inhabited life.
Posted by C.C. Coffee at 11:58 AM 1 comment: 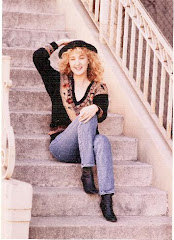 Interesting sites to check out